Blake Kollker November 15, 2018
Let me take you on a little journey on how Azzip came to offer what we have dubbed Zero Sausage. It all starts in a place that is the source of so many other great decisions, Las Vegas, NV. Craig and I had been tasked in March with the challenge of attending International Pizza Expo,… View Article

Team Azzip October 31, 2018
Brad: Halloween.  Halloween holds some of my most vivid memories from when I was growing up.  It was a chance to try and score lots and lots of candy.  It was a chance to put Mom to work in making our custom costumes like the year I just had to be the white power ranger… View Article

The Azzip Guide To Fall Fest

Team Azzip October 4, 2018
While we could (and sometimes do) eat pizza every day, we’re just as excited as you are when the first full week of October rolls around. The West Side Nut Club Fall Festival is a whole week dedicated to fried food and the community, so you can count us in! We asked around the office… View Article 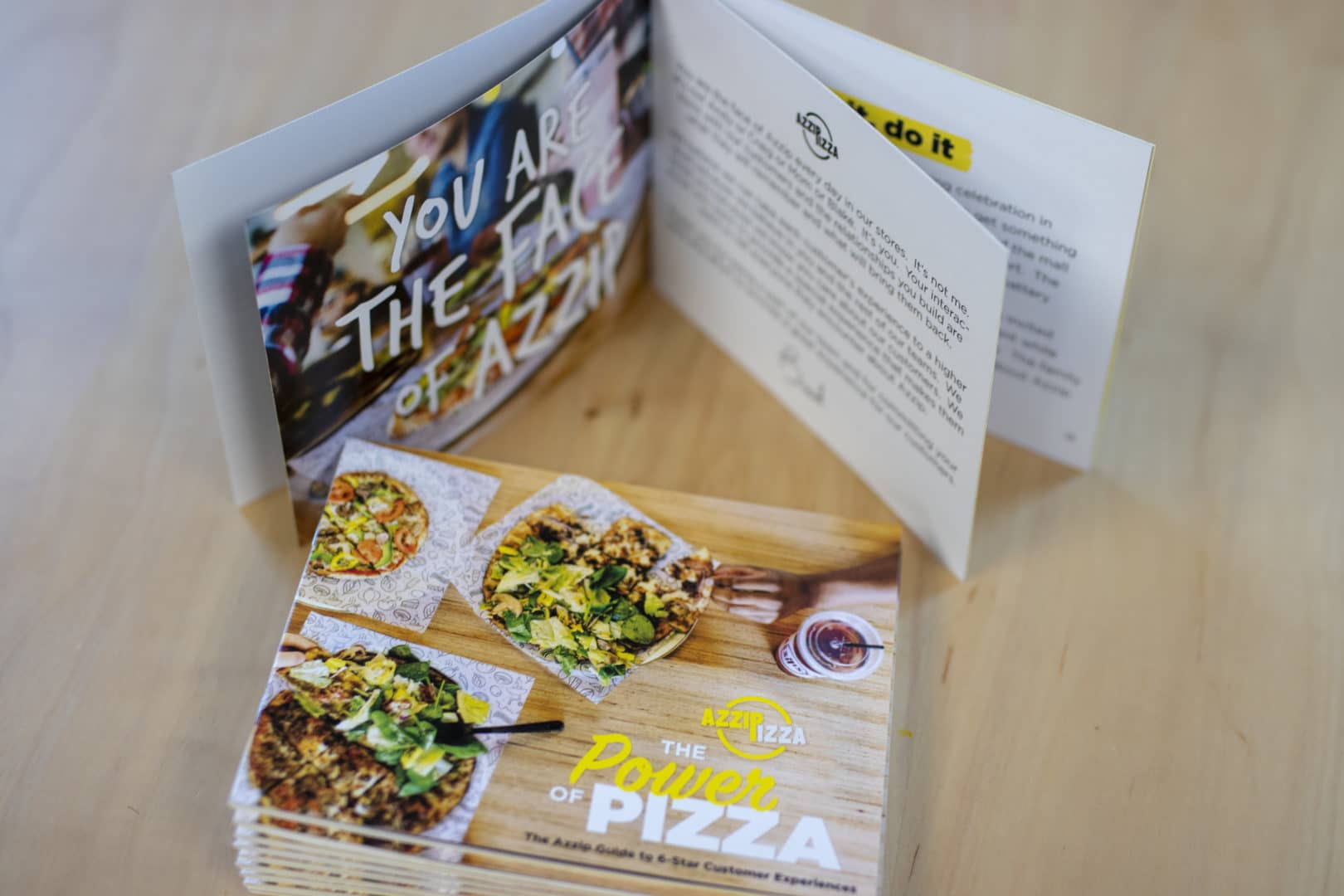 The Power of Pizza

Team Azzip August 24, 2018
We’ve always had an idea of what good service is.  It’s about being friendly to our customers.  It’s getting every order right and always having clean tables in the dining room.  It’s fixing and taking responsibility for problems when they arise.  We know that.  It’s basic stuff, right?  Business 101. But is that enough?  We… View Article

Brad Niemeier July 26, 2018
July 9th had been circled on our calendar for over 2 months. We knew the day was coming. July 9th was the day we had planned to do “Kids Make Their Own Pizza Day” in Evansville and Newburgh. 3 stores, all during one 3 hour lunch rush. It feels like I have been preparing my… View Article 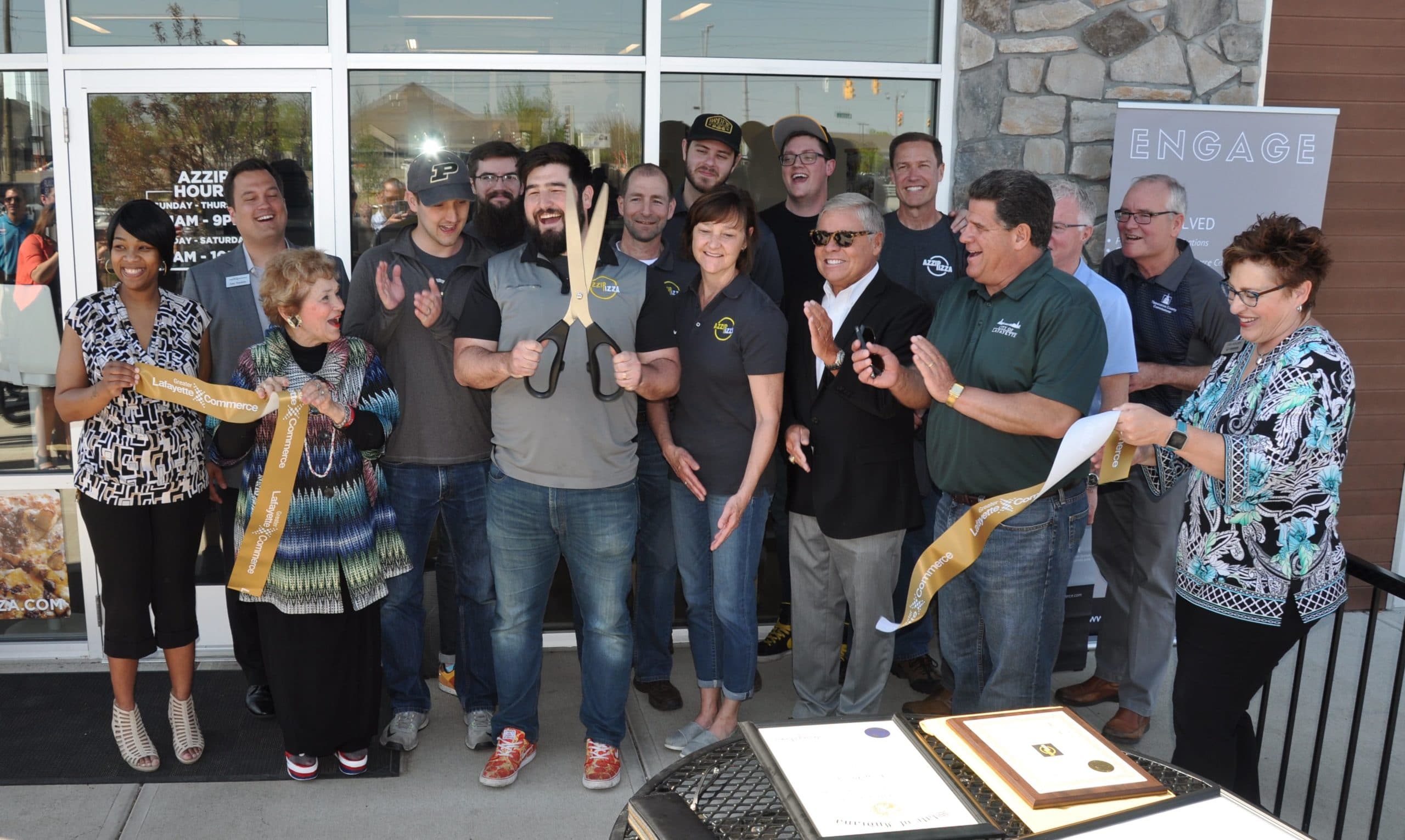 What It Takes To Open A New Store

Brad Niemeier May 17, 2018
New Store, New Fun Azzip Lafayette is officially open! I want to thank everyone who made this possible. It was a ton of work and a heck of a lot of fun. Opening a new store seems like it starts as a marathon, but it absolutely finishes in a sprint. If you all would have… View Article

Andy Niemeier April 10, 2018
Crafting the perfect pizza crust is actually more science than art.  Cooking really is extremely science based (for some awesome science-based food insights, check out Kenji Lopez-Alt’s Serious Eats Food Lab — you’ll thank us later).  Some of the most interesting science goes on in the process used to create our dough.   I remember prior to Azzip first opening (like maybe a… View Article

All You’d Need is a Pizza Oven

March 21, 2018
Azzip Pizza’s 7th location will be opening in Lafayette on the corner of Farabee and South St. (26) on April 8th.  Brad Niemeier, founder, is a 2012 graduate of Purdue University’s Hospitality and Tourism Management program and a former walk-on on the Purdue football team.  Azzip Pizza is a multiple-year Gold winner of Best Place… View Article

Laura Niemeier February 26, 2018
It’s finally Momma Zip’s turn to share on the blog!  I typically don’t read the blog until late evening when I’m checking Facebook and it happens to roll up on my feed.  By this time, it is already live and has been read by hundreds of people.  I have been surprised several times by the… View Article
« Previous 1 2 3 4 Next »