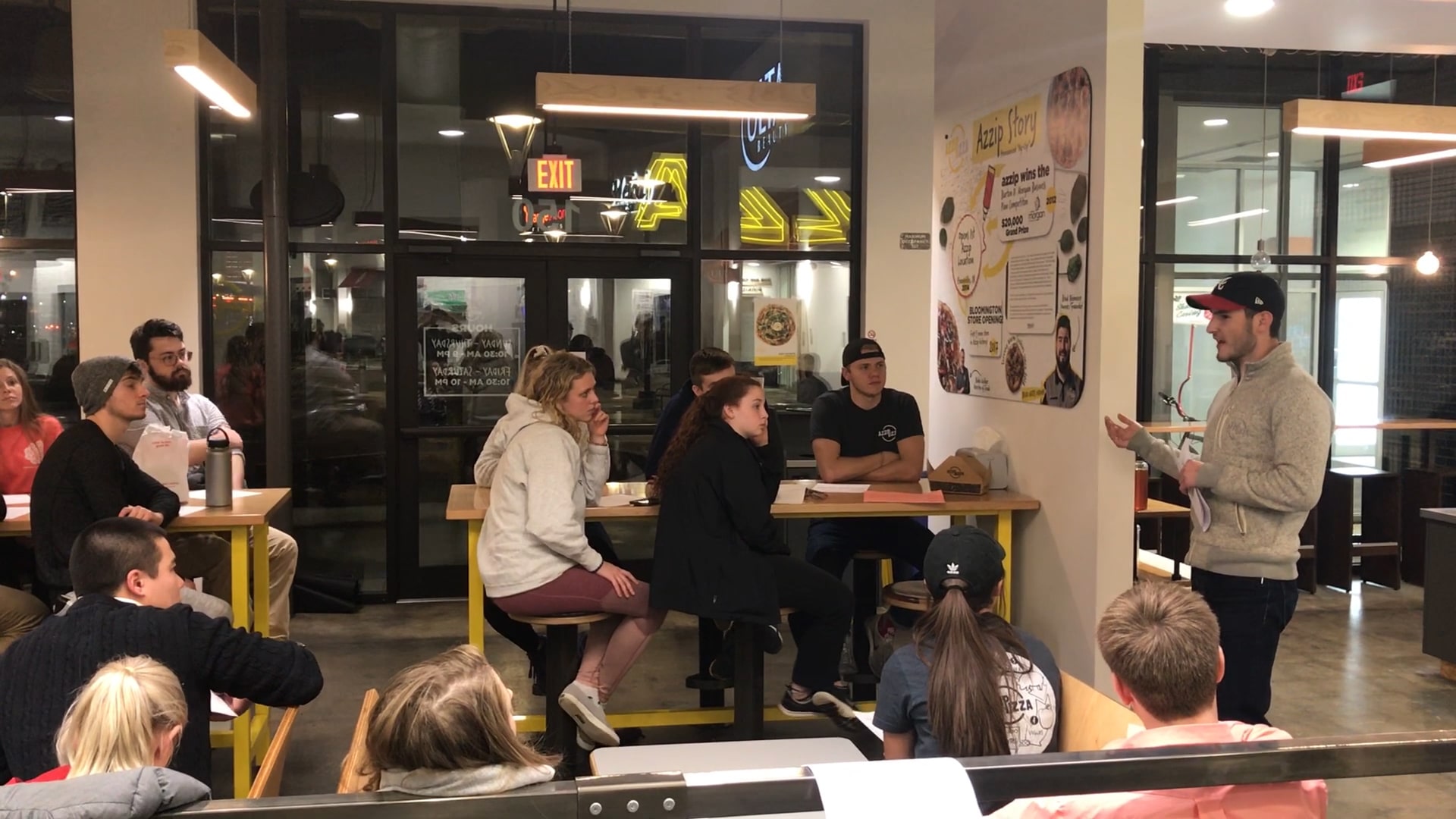 I get my first blog post!  If you have followed the blog for long, you may have seen a snippet from myself here or there, but I am excited to be able to write about a topic that has been a big focus of mine since beginning my role, the engagement of our Azzip team.  I am the youngest of the Azzip brothers and currently serve as our Director of Operations.  I have served in a similar capacity for close to three years now and have had the privilege of getting to work just about every operations role at Azzip.

When Brad opened Azzip in February of 2014, I was still in college at the University of Evansville and worked for a semester as a team member.  After graduating, I spent an enjoyable and studious year working for Fifth Third Bank.  However, by the time Brad, Blake, my Mom, and Dad were working on plans to open a third store, I was ready to get back in the business, so I jumped back in as the General Manager of our original store on the west side of Evansville.  After six months of more great experiences, I moved into the operations manager role that I currently hold.  The time I spent as a Team Member and General Manager have been invaluable in gaining the perspective of our Azzip teams along with getting to know the ins and outs of the operation.

As we have grown to seven stores, I now have the opportunity to oversee two Regional Managers and seven General Managers.  I am fortunate to have amazing partners in those roles who I have learned immensely from.  I focus my time now on coaching our teams, supporting our leaders, and sharing good ideas brought to me by our crews.  But enough about myself, on to the topic of this blog: the fantastic Azzip crew!

We get a lot of amazing feedback about the members of our team, and we share in that appreciation of having great people at Azzip.  Our teams worked extremely hard this year and were the catalyst for a successful 2018.  Because of that, we are excited to announce that beginning in 2019 every member of the Azzip team will make $11 an hour or more.  On January 1st, our hourly wage will start at:

To give a little history, in 2016 we raised our Team Member, Shift Leader, and Assistant General Manager pay to $10, $12, and $14 an hour respectively.  Looking back on it now, I believe it was one of the most impactful decisions we have made as a company.  At the root of the decision was the idea that we would be willing to raise a high performer’s pay to those levels, so why not expect that every team member that works at Azzip is a high performer and then compensate them for it.  We built in some small variances based on performance and additional responsibility at each level and then went for it.

We knew that raising pay overnight by 20%, without adjusting prices, was going to come with its own set of challenges.  We needed our teams in the stores to really step up and look for ways to become more efficient.  This meant leveraging the ability to run very busy rushes at our stores with teams of as little as four people.  Our General Managers needed to be sure they were coaching members of the Azzip team into high performing employees and really heightening the expectations for an Azzip team member.  Lastly, they needed to create an environment those high performers wanted to stay in.  That challenge was met by our teams and our managers as they turned this idea into a success.

Each of the stores open before and after the change were operating with a lower labor cost as a percentage of sales within a year, despite the large increase in pay.  The lower trend has continued in the stores we have opened since, and the number of applications we received more than tripled.  In addition, our turnover decreased, and we saw employee engagement increase.

Our management team in the stores invested time in the hiring and training process because they understood the investment we were making in those positions as well.  Along with that, the leaders in the stores put an emphasis on sharing good ideas and helping out across stores.  Being able to witness this take place has been the most rewarding part of my short professional career.

Fast forward two years to this summer.  When we met as an ownership team and decided how we wanted to be different going forward, industry leading pay was on everyone’s list.  We realize the positive effects investing in our teams can have, and we want to reward our teams for their hard work in making Azzip successful.  Keeping pay high fits in nicely with our goal of having awesome environments.  We want employees to have fun at their job, and we know the business doesn’t have to sacrifice because of it.  I feel very fortunate to work with family members and partners that place such an emphasis on every member of our team.

I do not want this message to seem too rosy, so I would be remiss if I didn’t mention that we have made missteps during this process, well virtually all of our processes.  The most important thing is that we have tried to learn from them.  We have made decisions that at times led to poor cultures, and we have been inconsistent in decisions that have come back to bite us.  But we have been humble enough to admit we have made those mistakes and made an effort to learn from them going forward.

We also recognize that high hourly wages and other benefits are far from the only thing we can do to build awesome environments.  We need to recognize and praise great work, be transparent and communicate effectively, get our hands dirty and set a good example by working hard, be fair leaders ourselves and have fair leaders throughout the organization, and maintain good positive attitudes.  Most importantly we need to continue to be responsive and listen to good ideas we hear in the stores, promoting the creativity that is important to the company.

With that being said, I believe our decision to continue investing in employees again will not be one we regret.  Looking forward, we don’t want to settle at $11 an hour.  We want to continue to push this rate higher.  We know that if we continue to invest in our teams and put the Azzip employee experience first, our teams will continue to provide great experiences for our guests and continue to be the catalyst for Azzip’s growth.  As a management team, we are excited to be able to share that success with all members of the Azzip team.