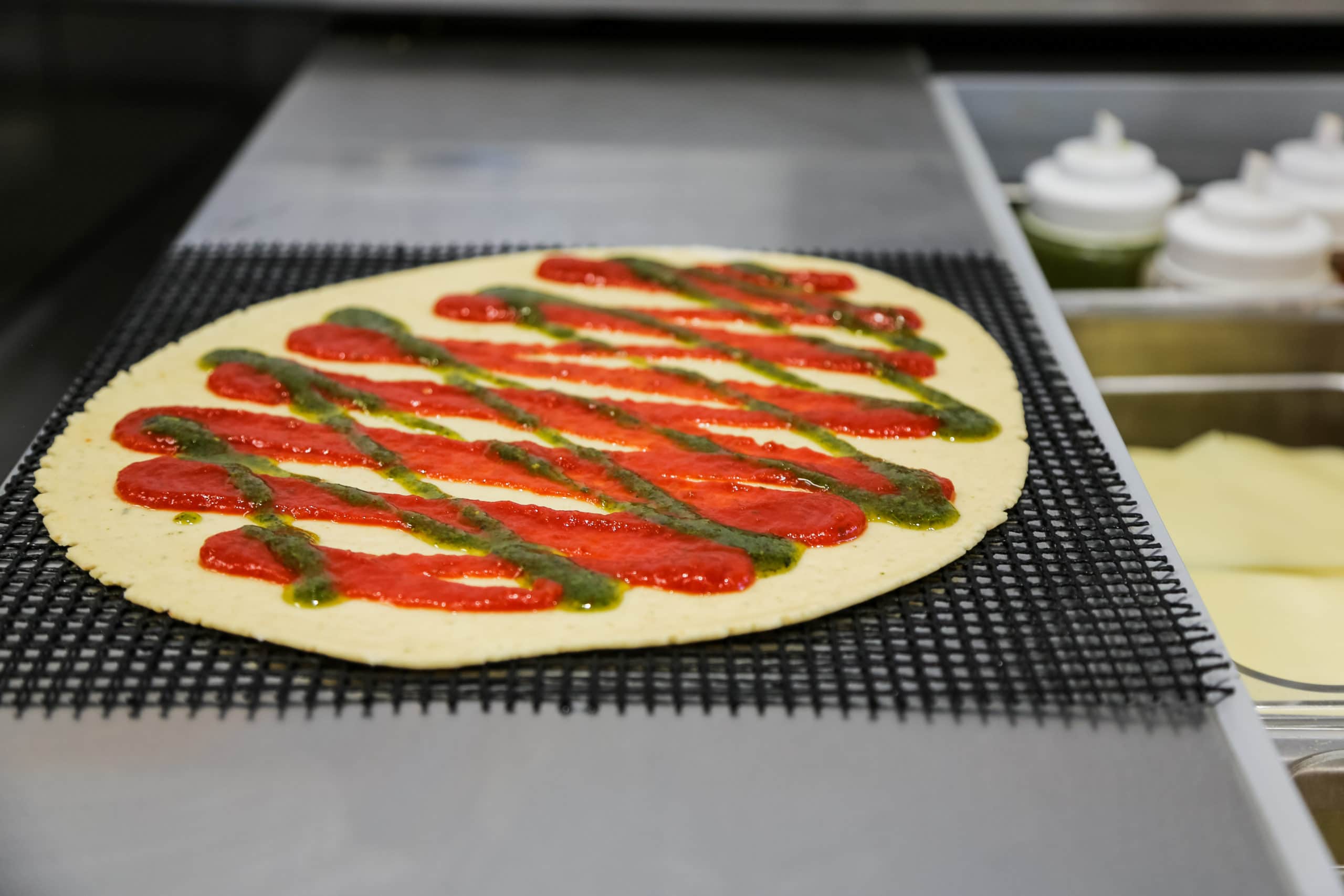 Brad Niemeier January 17, 2018
Not long after the first Azzip Pizza opened, we had a customer we coined the “Sauce Boss”.  The Sauce Boss had just moved into a new place and didn’t have much cookware so he would come to Azzip several times a week.  Every visit, he progressively started mixing more and more sauces until he nearly used every one. … View Article 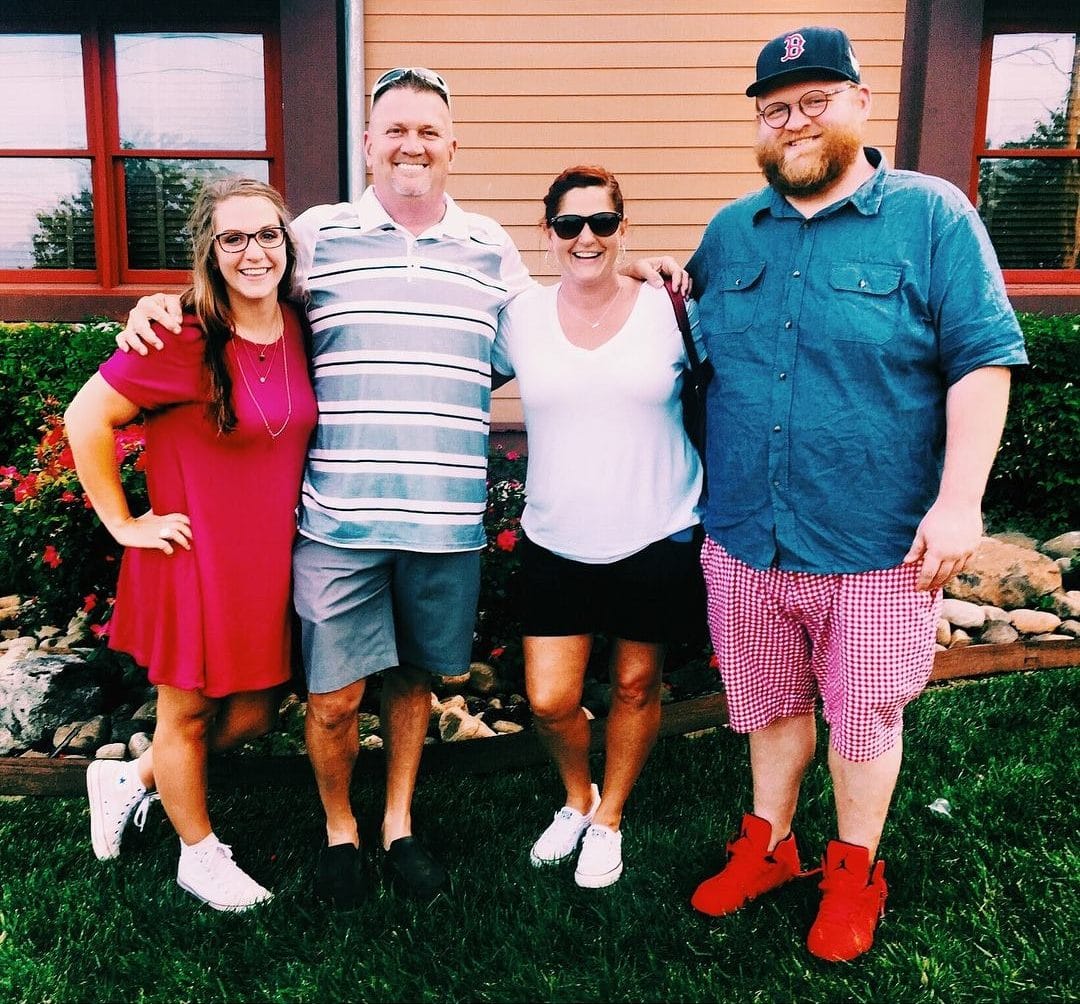 A Day In The Life

January 3, 2018
This is a day in the life from the perspective of our West Side General Manager, Allan. He has been with us since our Bowling Green location opened and has learned what it takes to set the store up for success each day. 8:00 am: It’s a chilly start to the morning. It’s time to get started on the… View Article

December 13, 2017
INTRO We are extremely fortunate to have Mark Feldkamp as the leader of our Terre Haute team.  Mark was our first employee hired in Terre Haute, and he has been a huge driver of the store’s success.  He truly cares about his team and customers, and he has taught us a lot of things over… View Article 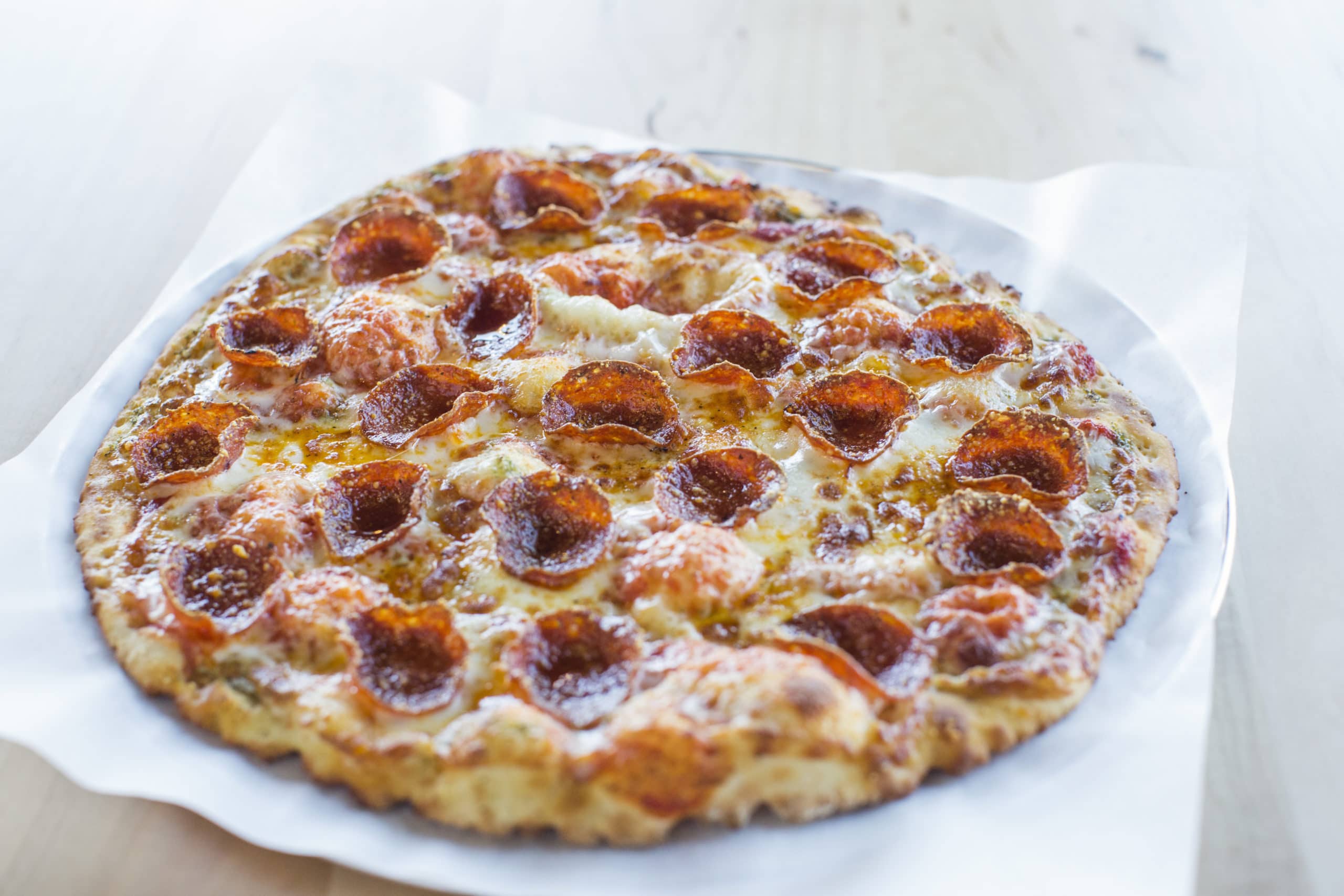 Not Just Any Pepperoni

Blake Kollker November 27, 2017
Is Pepperoni your favorite pizza topping? Well you are not alone, because pepperoni is Azzip’s most chosen topping. Annually, Azzip customers consume 25,000 pounds of pepperoni per year, as it is found on 45% of all pizzas sold!  And if you are like me, I bet you thought it was originally a sausage from Italy… View Article 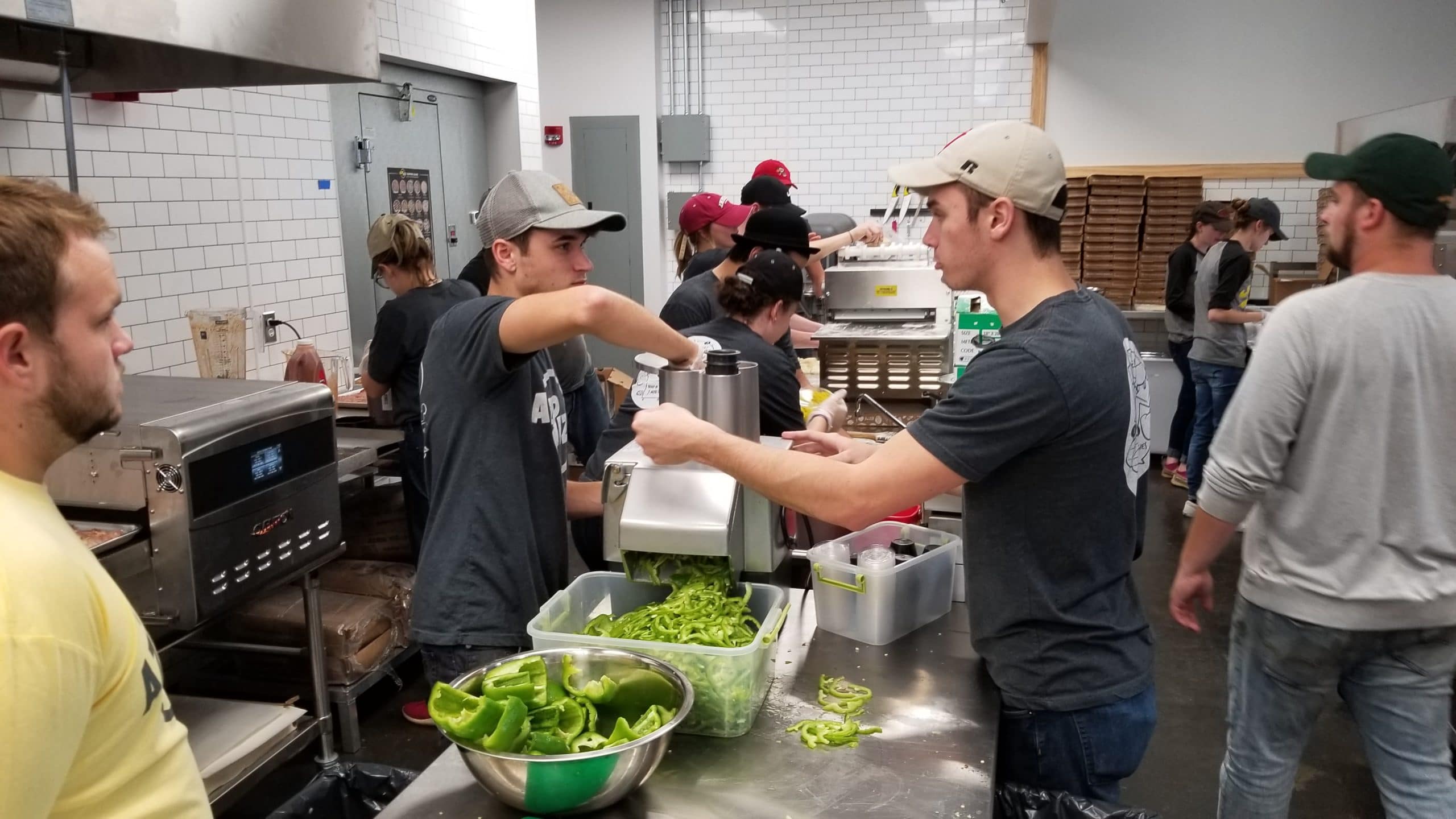 Andy Niemeier November 3, 2017
Culture.  For us, it has a specific and important meaning.  We are thinking and working on our store cultures – or the work environments in our locations – every day.  For us, the store culture is THE employee handbook (not that paper copy with all the written policies in it).  It’s the unwritten rules and norms that determine… View Article 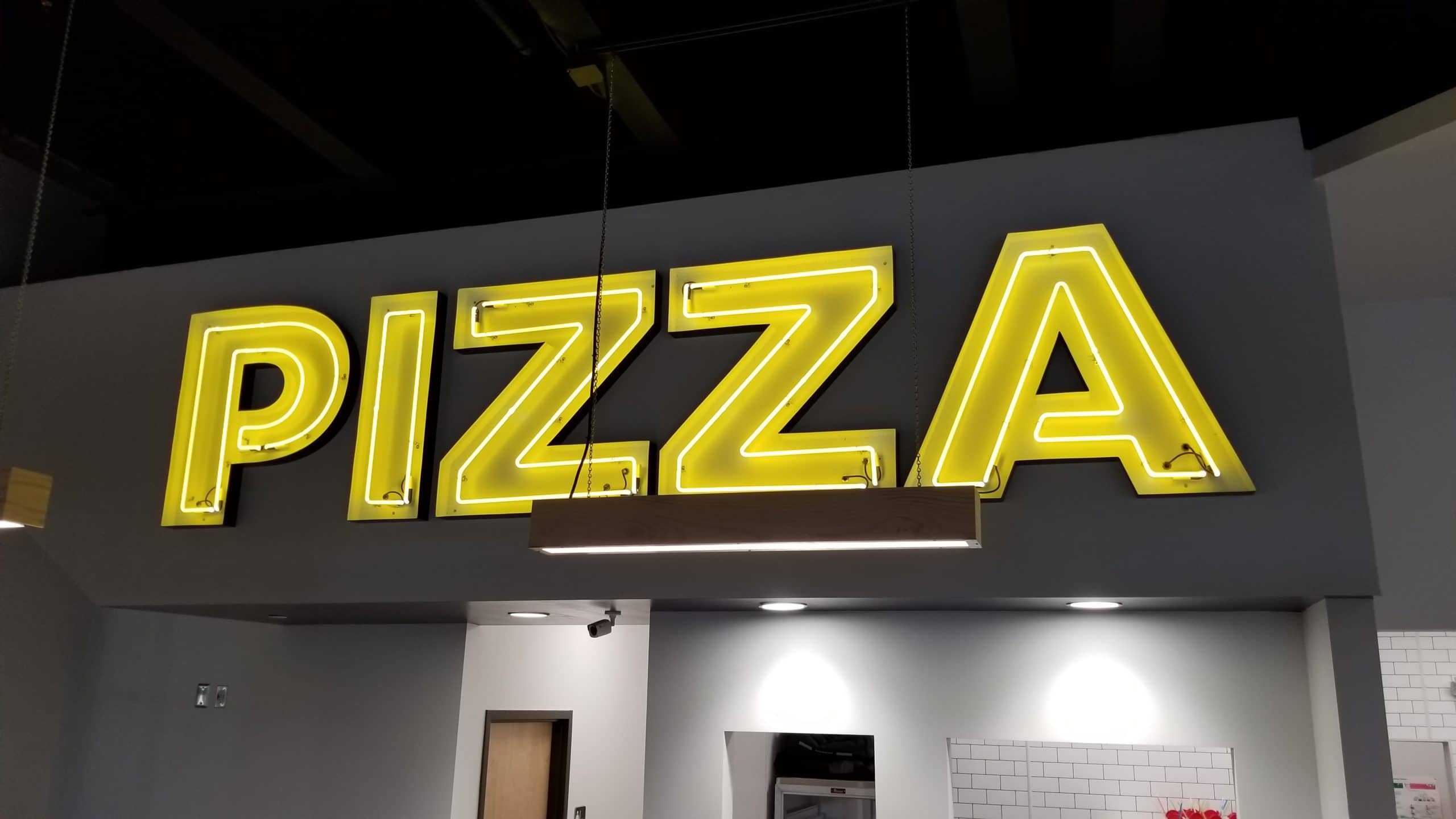 Andy Niemeier October 27, 2017
HELLLLLLO BLOOMINGTON! We are thrilled to have opened a new location in Bloomington, IN! What an awesome store, community, and set of newly trained Azzip team this has turned out to be. We want to thank everyone who has helped us get here. From Dan Alcorn and Garmong Construction, C&T Design and Equipment and Weber… View Article

Brad Niemeier October 4, 2017
Well, crap.  A little over 2 years into our time in Champaign, IL, it has come to an end.  We will be closing the doors on Azzip Champaign at the end of the day on Saturday, October 7th.  It isn’t a good feeling closing a store, but we have learned a ton from this experience… View Article

September 13, 2017
If you’ve ever thought to yourself, “How does Azzip use different social media platforms?” you’re probably either in marketing or working on a class project. Even if you aren’t, here’s a quick peek behind the curtain: Primarily, we use Twitter, Instagram, and as my grandma calls it, “the Facebook.” “The Facebook” is where we have… View Article 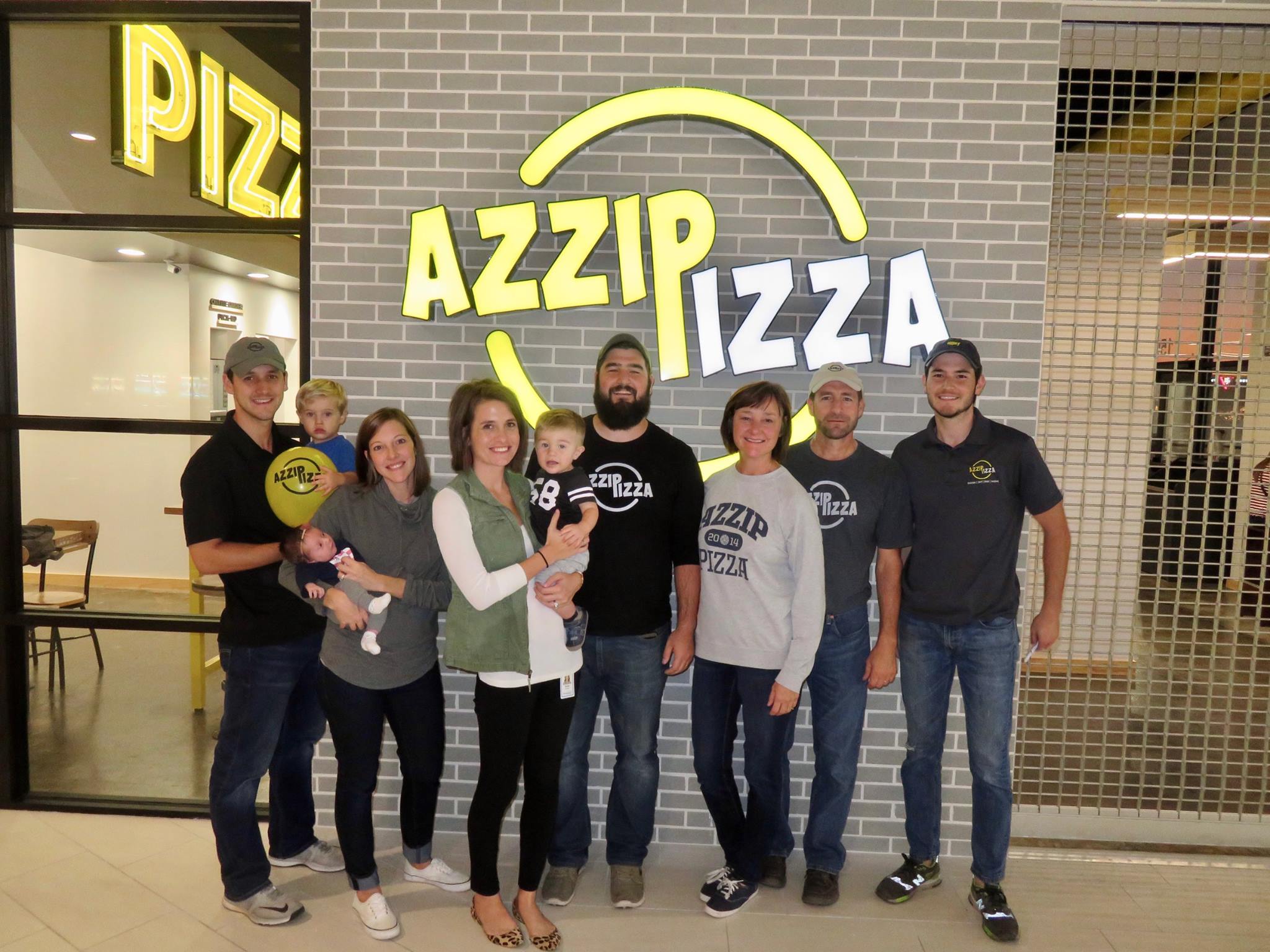 Brad Niemeier August 3, 2017
There are five Niemeier’s currently earning a paycheck from Azzip Pizza.  Those five would be myself, my mother (Laura), my father (Dan), my older brother (Andy) and my younger brother (Craig).  That makes it five for five for our family. Mom was in it from the start.  She had been working part time at Habitat… View Article 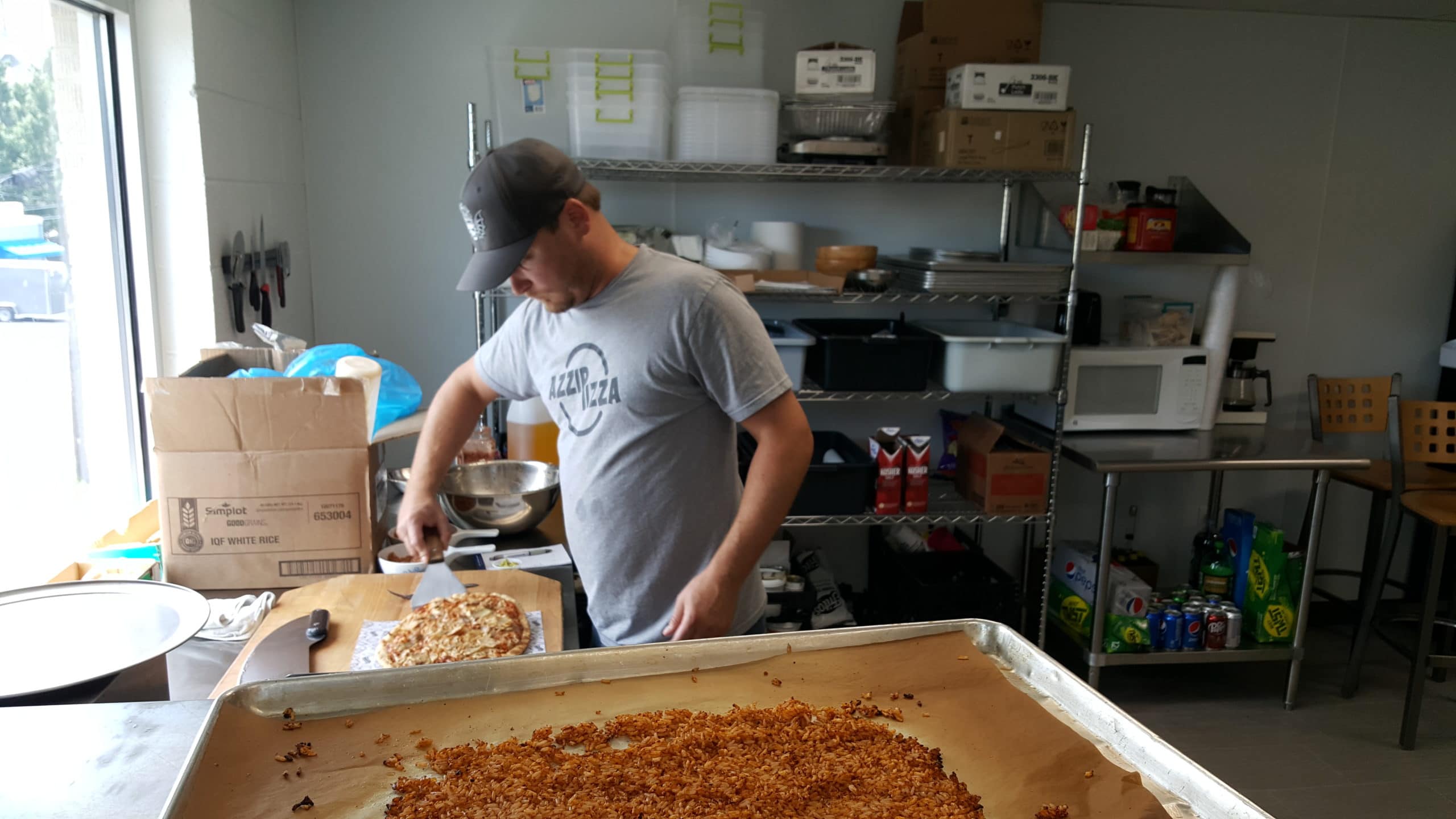 Blake Kollker July 7, 2017
I get asked by many of our customers, “How did you come up with that pizza? I would never have thought of putting (insert crazy delicious topping here) on a pizza! Sure our pizzas are nothing like the original Margarita pizza’s with red sauce, Mozzarella and Basil of Naples that were eaten by the poor because… View Article
« Previous 1 2 3 4 Next »